uring the early days of Nazi rule in Germany in the 1930’s many honest, intelligent people could not believe that the Nazi Party would stay in power. They believed that in such a civilized, cultured and educated nation as Germany, Hitler would soon be forced out of the government. This did not happen. Hitler and the Nazi Party remained in power and became stronger, eventually occupying nearly all of Central Europe. Many Jews were afraid and tried to leave. Some who could left their homes and belongings and went to other countries, some to South America, others to China, some to North America, anywhere that they would be accepted, where they could obtain visas. Many German-Jewish families sent their little children away to England, where they hoped that they would be safe. But as the war continued and Germany occupied more and more of Europe, it became impossible to leave.

World War II officially began in Europe on September 1, 1939, when Germany invaded Poland. But even a year before that, in September of 1938, as a result of the Munich Pact, Czechoslovakia was forced to cede some of its frontier regions in Germany. DuringKristallnacht on November 9-10, 1938, the Nazis went on a rampage. Dozens of synagogues and Jewish cemeteries in Germany and in the occupied regions of Czechoslovakia were destroyed. After Kristallnacht, thousands of Jews from these occupied territories fled to other parts of the country. In March of 1939, Germany annexed Bohemia and Moravia and formed a ‘protectorate‘.

Many Jews had become so assimilated into the life and society of Czechoslovakia (and many of the other European countries in which they lived) that they no longer considered themselves to be part of the Jewish minority. They soon found that they were still considered to be Jews by the Germans, and like every other person of Jewish origin they also were not safe. 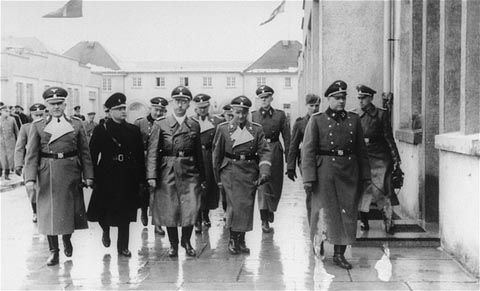 Six million Jews from Eastern and Central Europe were murdered during the Holocaust. They were half of the entire Jewish population in the world. Before the outbreak of the war, there had been 122,000 in Bohemia and Moravia. As the Czech Jews perceived the crisis that was about to overtake their country, about 27,000 were able to leave. Of those who remained, nearly 80,000 were killed in the Holocaust. In 1941, the largest concentration camp in Czech territory was built mdash; Terezin. At first, Terezin was used by the Nazis as a kind of showplace that the Nazis used to try to fool the world that the camp was just for housing the Jewish prisoners. This was a sham. Terezin was in fact a transit camp, a temporary stopping off point. Many died in Terezin, but from Terezin there were transports to the extermination camps of Auschwitz, Treblinka, Maidanek, Sobibor and Bergen-Belsen mdash; death camps in Europe built by the Nazis specifically for the mass murder of millions of people.

The hatred and prejudice and genocide carried out by the Nazis in Europe in the 1930’s and 40’s seems almost inconceivable. And yet hatred and prejudice and even genocide still exist in various parts of the world. In the United States there are people who feel prejudice against African-Americans, against Hispanics, against Asians, against homosexuals or against Jews or Muslims or others who are perceived as being different or whose lifestyles or beliefs do not agree with the majority. Elsewhere in the world it may be the Tibetans, or Moslems or Catholics or Hindus or Tutus who are targeted. Despite the lessons of the Holocaust, the struggle for peace and tolerance between people of all races and nationalities continues. Mankind has still not yet learned to live in peace. We have not yet learned to accept our differences, to appreciate and honor our differences. The struggle for tolerance continues. The message of the Torah that we treat our neighbors as we would like to be treated ourselves is one that humankind has still not learned.

In 1930, a few years before the Nazi occupation of Bohemia, there had been about 50 Jews who were living in Sedlcany and 32 in Kosova Hora, but hundreds of other Jews were scattered in nearby villages. It is presumed that nearly all or perhaps every one of them were among the 80,000 Bohemian and Moravian Jews who perished in camps. In the late 1980’s, it was estimated that the number of Jews living in these regions of the Czech Republic was only about 5,500. Of those who had survived the war, many emigrated to the United States, others to Israel. 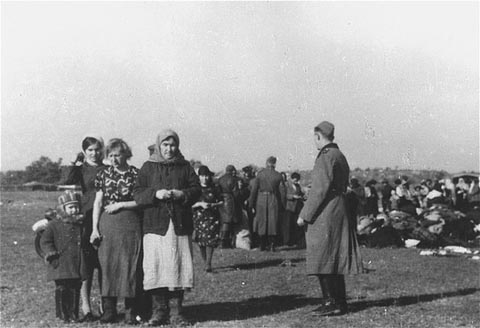 When the Nazis occupied Sedlcany and the other towns and villages in Bohemia and Moravia and Slovakia, arresting the Jews and sending them to camps, they confiscated the Torah Scrolls and other religious objects that had belonged to the synagogues in these towns. These sacred scrolls and objects were brought to Prague where they were meticulously labeled and cataloged under German direction. It is believed that these stolen objects were for a permanent exhibition, as relics of a defunct culture. For a short time at the end of the war the synagogue in Sedlcany was used to hold German prisoners. Then it became a clarinet factory. Today it is a workshop.

The tens of thousands of Bohemian and Moravian Jewish people of the towns and villages scattered throughout the countryside perished in the Holocaust. Only their sacred Torah Scrolls survived. There were 1,564 Sefer Torah scrolls found stored in Prague after the war. Rabbi Shmuel’s scroll was among them.

Kristallnacht –or Crystal Night– was a night of terror throughout Germany when soldiers went through Jewish neighborhoods breaking the glass windows of Jewish owned shops and houses and painting swastikas on Jewish homes, synagogues, stores and other property.